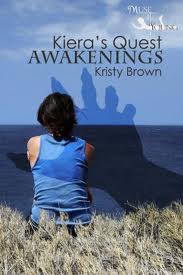 An enjoyable read that grips you from the off and keeps that pace going until the end. Good characterisation and a strong story set this up as being the start of a solid series.
Posted by Simon Quicke at 12:43 pm

this does sound like a great ya I ve this on my phone and ipad ,must get too it ,all the best stu

I'm an author with a new collection of short stories, Ugly To Start With (West Virginia University Press).

Will you please consider reviewing it?

I've been writing and publishing for twenty years--more than one hundred stories and two novels--and Ugly To Start With is my best work.

My first novel, The Night I Freed John Brown (Penguin), won The Paterson Prize for Fiction and was recommended by USA Today.

My short stories have appeared in more than seventy-five literary journals, including North American Review, The Kenyon Review, Alaska Quarterly Review, and The Chattahoochee Review. Twice I have been nominated for The Pushcart Prize. "The Scratchboard Project" received an honorable mention in The Best American Short Stories 2007.

If you write me back at johnmcummings@aol.com, I’ll send you a PDF of my collection for your consideration.

At this point, my small publisher is out of available review copies, so I hope and politely ask that you consider the PDF.

I would be very grateful.

Thank you so much.

Agree with your sentiment on YA, it's very rarely that a book of that genre, manages to grab me enough that I will follow to the last page.

Love this nice is this main!