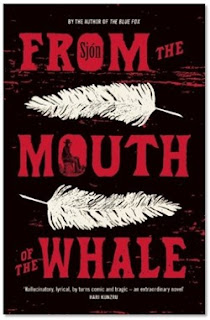 I adored this tale & the fact that it
is based in part on the autobiographical writings of Jon Gudmundsson, also known as “the Learned” just adds to the appeal, here's is my take on it, if you want to know more.
http://parrishlantern.blogspot.co.uk/2012/03/from-mouth-of-whale-by-sjon.html

This is very nice love this!