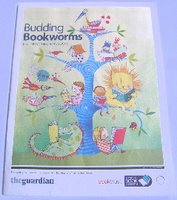 There was an interesting supplement in the Guardian on Saturday to celebrate National Children's Book Week, with support from booktrust. A feature by Shirley Hughes, a children's author, makes the point that illustration is crucial in attracting a child to a book. I couldn’t agree more and as an adult still appreciate the art of illustration and will go out of my way to visit an exhibition that is about an illustrator. 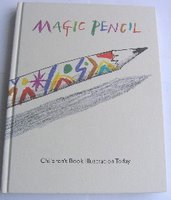 The Magic pencil – A couple of years ago there was an exhibition of illustrators work at The British Library. In the introduction to the book the comment is made that one artist said it would be odd seeing the pictures without the words that are meant to accompany them. However, there is an alternative effect that means you end up appreciating the art more in isolation and as the title suggests there is a real magic about painting a picture to match the imagination 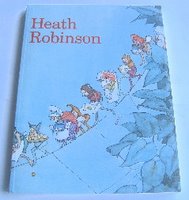 Heath Robinson – I remember reading an old paperback containing pictures of his crazy inventions back when I was a child and this exhibition drew the attention to the more traditional illustration work he did alongside the madcap designs.

Arthur Rackham – The cover of the exhibition catalogue is enough (will add later) to show the richness of his work and it was a real pleasure seeing his work, which ranges from the epic to the small and detailed. World famous of course as being the man who illustrated the fairy tales from the Brothers Grimm as well as Alice in Wonderland. 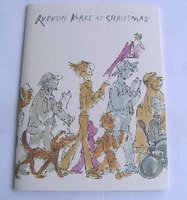 Quentin Blake – This was an exhibition of his Christmas themed work and he is one of those artists that is able to paint a picture that contains a great deal of manic movement and from a child’s point of view the pictures often chime in with how they would expect the characters to feel. He is of course known for his work with Roald Dahl but he has written in his own right and is more than just Dahl’s illustrator

Most of the above exhibitions took place at the Dulwich Picture Gallery in South London that seems to have a habit of staging an exhibition of illustration around Christmas Time. I also say the work of the Winnie the Pooh illustrator E.H Shepard there as well.
Posted by Simon Quicke at 1:16 pm